You can find my mysteries at:  Amazon, in ebook and paperback formats.


Valkyrie Smith: Should be Dead 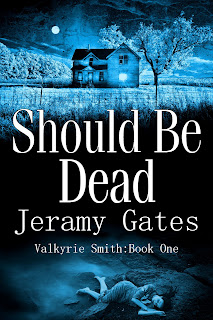 Valkyrie Smith should be dead. None of the killer’s other victims have survived. Yet somehow, after spending two long nights trapped at the bottom of a dry well with a broken back, Valkyrie miraculously came through. She lost everything that night: her husband, her son, her dreams. Lying at the bottom of that well, staring up at a tiny circle of sky and waiting for the killer to find her and finish the job at any moment, Val lost one more thing: She lost her fear.

The doctors told her she might never walk again, but Val refused to give up. After years of rehabilitation and relentless determination, Valkyrie regained her mobility. She didn't stop there. Valkyrie went on to take training in self defense and firearms, and developed a strategy to track down the killer. She dedicated her life to bringing him to justice. She walked away from her past forever, and began moving from town to town in search of the man who had slaughtered her family.

Now, after a series of missed opportunities, Valkyrie finally has her chance. An anonymous phone call informs her that the man she has been hunting has surfaced again in Sequoia County, a rural California landscape of redwood forests, vineyards, and isolated coastlines. Valkyrie knows it could be a trap. She doesn’t care. Armed with her skills, her intellect, and her determination, Valkyrie heads straight into the heart of danger. She thinks she’s prepared for anything. She’s wrong. 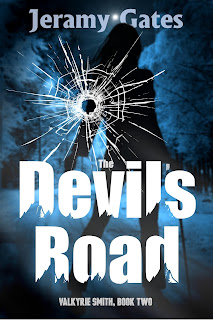 Valkyrie is back, and so is the killer. This time, his trail leads to an isolated Montana town with a shady past. The place seems nice now, the sort of town where kids roam the streets without fear and folks don't lock their doors at night. But something dark lingers just beneath the surface... 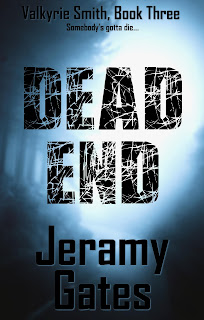 
The tables have turned. The Informant is dead; the Collector is on the run. Valkyrie knows the serial killer’s real name now. She’s about to learn his past. The only thing coming between Val and her long-sought revenge is the final missing piece of the puzzle: Why her? What connects the killer to her family?

If Val can unravel the plot in time, she might find the answers to all her questions and save dozens of lives. But if her plan succeeds, and she finally meets the Collector face to face, one chilling fact remains, which the killer reminds her in his own words: “Somebody’s gotta die.”


He said, She said "Murder" 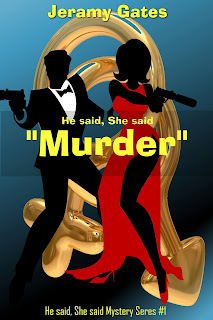 The battle against crime meets the battle of the sexes. In their own words, Joe and Tanja Shepherd take turns dishing out the dirt on their investigations, their marriage, their business and financial problems. They may not agree on everything, but this couple knows how to get the job done when it counts.

Before their marriage, Tanja worked for the F.B.I. and Joe was an undercover cop. When they met, they fell head over heels… literally, in Joe’s case. In a struggle with a criminal, Joe fell off the roof of a building and broke his hip. That fateful day changed the course of their entire lives. Now they’re married, living in northern California’s beautiful Sequoia County, and expecting their first baby.

When Joe’s old friend Sheriff Diekmann offers to throw some business their way, they eagerly accept. The Autumn’s Hope Detective Agency is born. The couple’s first case involves the five-year-old murder of a high school senior named Becky Sweet. Becky’s killer struck from behind, knocked her out cold, and left her to drown in a vat of cream at a dairy outside of town.

Now, it’s up to Tanja and Joe to bring the killer to justice. It won’t be easy. The trail is cold, they have no evidence, and the only suspect was released years ago. But they have to solve the murder before they get paid, and if they don’t come up with some cash fast, they’re going to lose their home just in time for their baby’s arrival.


Murder on the Lost Coast (He said, She said book two):

When Joe and Tanja Shepherd set sail on their newly renovated sailboat, they are expecting a relaxing vacation on northern California’s remote Lost Coast. Little do they know that a tropical storm is headed their way, and that a killer is making alternative plans for their weekend.

After a harrowing boat ride through the storm, they reach the Lost Coast Inn and Joe promptly has a run-in with a local fisherman named Jacob that almost turns violent. When it’s all over, they’re exhausted, cold, and soaked to the bone. Thankfully, the inn is just as beautiful, luxurious, and welcoming as they had hoped it would be. 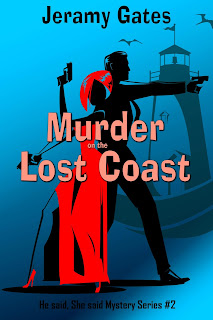 It seems the worst is over, until they learn that the owner has sold the resort and is about to lay off the entire staff. Tensions are rising as the storm hits, and it hits with a vengeance. The phone lines are down, the cell phones aren’t working, and Jacob -the old fisherman who also happens to run the lighthouse- has gone missing. The next morning, the local sheriff makes an emergency helicopter trip out between storms. After a brief search, he is dismayed to find Jacob dead. Worse yet, after Joe’s earlier altercation with the man, it looks like the detective might be the sheriff’s only suspect.

The sheriff warns the Shepherds in no uncertain terms that they are to remain at the inn until the autopsy is complete, and that they are not to even consider investigating Jacob’s death. Naturally, they do just the opposite. After all, Tanja isn’t about to let Joe be arrested for murder. Unfortunately, proving his innocence won’t be as easy as it sounds.

This is Book Two of the "He said, She said" cozy mystery series. 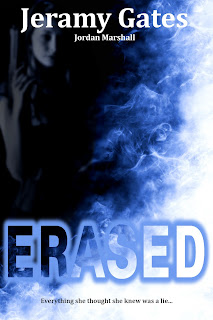 They trained Sara Murphy to kill. They programmed her to forget everything. She was supposed to be the perfect patsy, until something went wrong...

When Sara wakes up on the roof of a Union Square department store with a sniper rifle in her arms and the body of a political activist in the street below, she can't even remember how she got there. A mysterious stranger calls and instructs her to turn herself in. He warns that her life has been erased and she'll never see her family again if she doesn't cooperate.

Sara goes on the run, and quickly finds herself one of America's most wanted criminals. The police and the FBI believe she's a known terrorist. The black ops team that framed her is out to kill her before she can expose them. Her only hope lies in rookie FBI agent Brandy Jackson. Unfortunately, Brandy and her partner have every reason to believe Sara is the real killer, and they're being pressured from above to close the case as quickly as possible. As the evidence mounts, Sara even begins to question her own memories. What if she's not the dedicated mother and hardworking attorney she thinks she is?
What if she really is the killer? 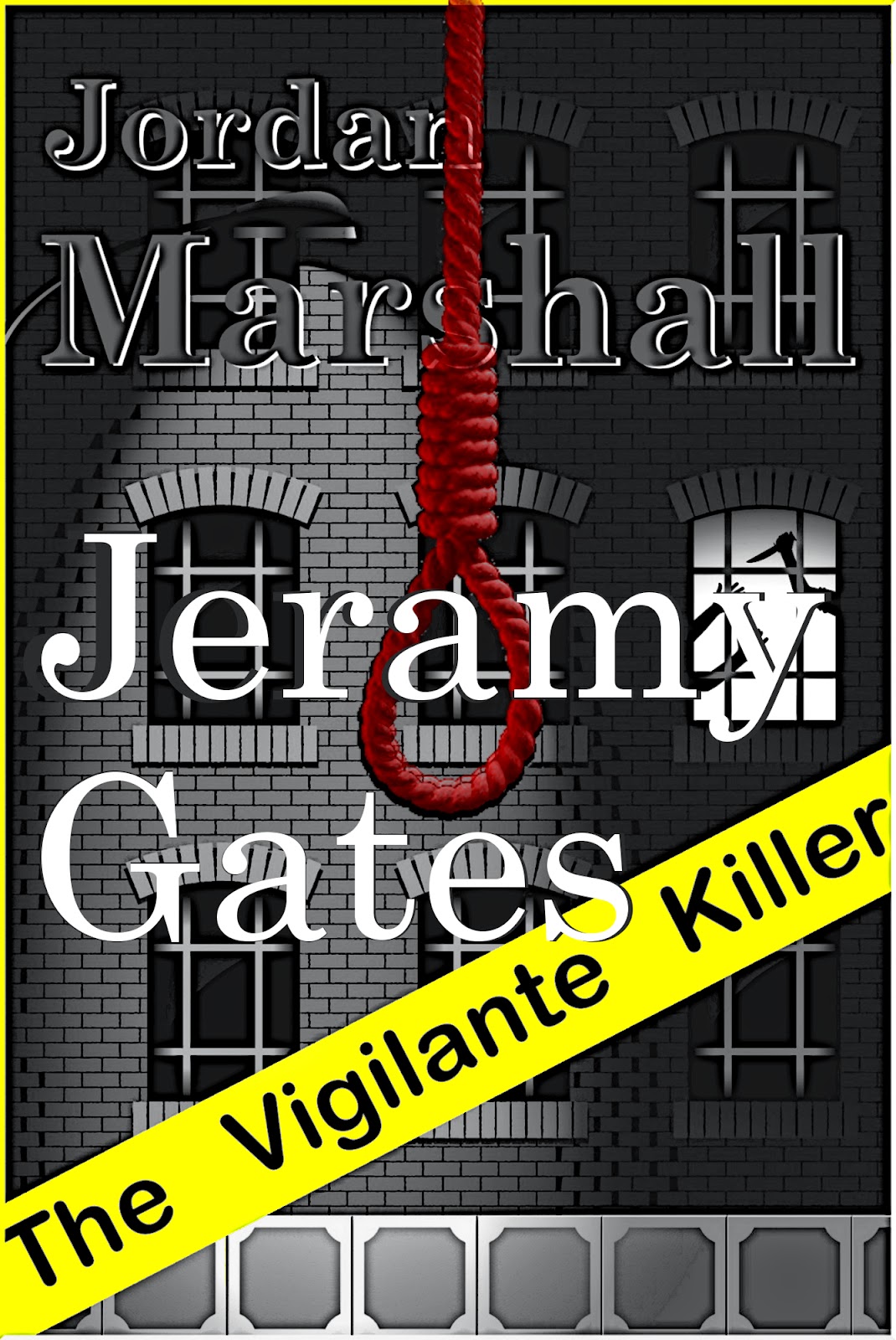 The killing spree begins with the mass murder of a group of drug dealers, quickly followed by the assassination of a pedophile. It's not long before the police realize they have a serial killer on their hands. To the public, the Vigilante Killer quickly becomes a hero, but to detective Morgan it's not what the killer is doing right, but what could go wrong. Detective Morgan is willing to go as far as it takes to bring the killer to justice, but what he learns may be a little too close to home.